the Ghosts of the Realm

Here's another concept piece depicting a character from a storyline I've had going on in sketchbooks and a few ongoing google docs.  Since I've had some "free" time lately I was able to draw this guy from line to render using photoshop, which is not my usual approach but I believe I managed to sum up the the idea here.  I'm strongly considering added other characters in a line up after having it suggested by a friend. 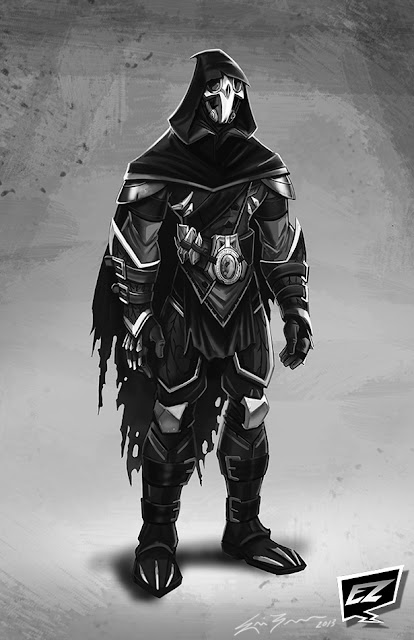