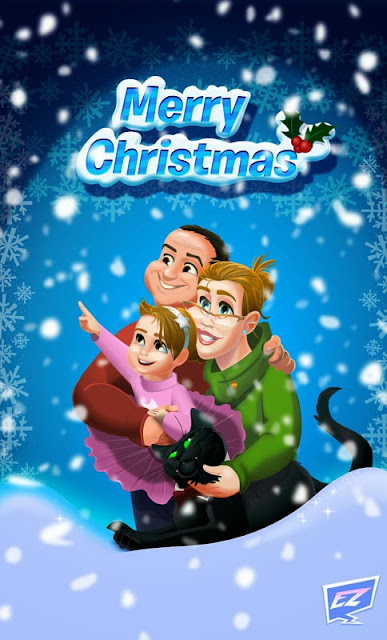 Well life can certainly throw you challenges and make you question everything you know at times.
I'd say 2013 was a good year but I'd be lying.  Now that being said it wasn't all bad.  We were fortunate enough to find out we were expecting a new addition to the family arriving in 2014.  And eventually in the many months to follow that great but scary news, I found a full-time job working for and with the good folks at Bitstrips.  Well that about sums up the good.

I'd say the bad started when I watched EAH come to an end when the company closed its doors June after 6 months of declining work.  We did some great work there and I admit it was probably the funnest job yet in terms of creative freedom and the ability to add work to my portfolio.

After the companies doors closed, I was now unemployed and self-employed through necessity with no real plan in place.  It was at this very same time we discovered our new family member and a mix of joy and fear began to overcome me.  I had a shot at working with Disney in Kelowna as well and after many interviews I came in second place for the job.  I also lost my grandmother a couple months later, who I did not know very well but still meant a great deal to me.  A mentor of mine also departed in November at a young age and left behind his wife and son adding further bewilderment to an already crazy time.  I know I'm likely forgetting a lot of other downers but I'd rather move forward and hope for the better.

Life is short and you never know what lies ahead for good or for bad.  Hope that the course is steady, but never forget that bad things come to all of us and like the good they won't last.  I personally find it a real struggle and the level of difficulty to life seems to just increase with every year that passes.  I'm fortunate to have many good friends, colleagues and family who assisted me in finding work listening to my troubles and being there when I needed it most.  I owe a great deal of thanks to my wife too.  She suffered the same uncertainty I did, and watched me nervously scramble to solve my employment situation as I inhabited the basement.  I couldn't have got through this year without her.

I am very greatful for what I have, who I have and the life I live.